I am very thankful that Autumn not only happened to notice this unknown cat stuck in a large, dead tree at the edge of a vacant patch of land in Picayune, Mississippi, but also cared enough to go to the trouble of finding help for it. I could tell from the ground that the black and white cat was sweet by the way she cried to me while rubbing her face on the tree, and, indeed, we made friends very quickly in the tree. She refused to go into the carrier, but happily jumped on my lap for some food, so I had the cat bag already prepared on my lap, pulled it up around her, and took her down.
Before I transferred the cat to Autumn's carrier, I checked her for a microchip and was surprised to find one. The microchip company, however, was one without a call center to connect me quickly to the pet owner, so Autumn took the cat to a veterinarian to begin the slower process of reunification so that I could return home. Later, Autumn told me that the vet's office found that the chip was unregistered, but when she drove back home, she noticed a man looking up into the tree where the cat had been. She stopped to talk with him and learned that he had been concerned about the cat even though it was not his. He said it belonged to a neighbor who had recently moved and left the cat behind. He first saw the cat in the tree six days ago and had been trying to find help for it. Autumn could not keep the cat, but he offered to take it home with him and take it to a trusted, no-kill shelter several miles away to avoid the local shelter where the cat's fate was less secure. 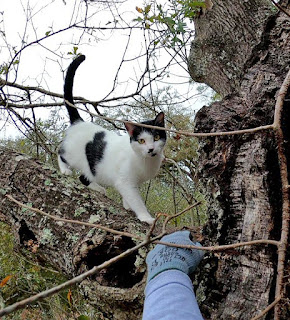 After this was all settled and I was back home, I began to wonder about the microchip and why the vet found it unregistered. I investigated the microchip myself and found that it was indeed registered, and the cat's name is Tamara. I passed the information along to Autumn who eventually heard from the owner and learned that he had given the cat to a friend of a friend. It was that new owner who abandoned the cat.
All cats as sweet as Tamara deserve a loving home, but, sadly, they don't all get that. Now, however, Tamara has a chance to find a new home, and I am hopeful that she will have much better luck this time. 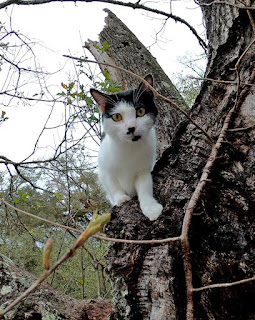 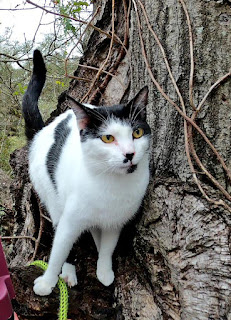 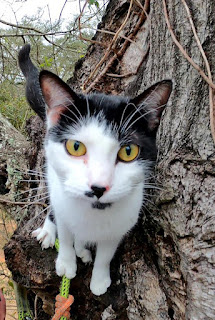