I had three rescues scheduled for the day, and the first one was for Beerus, a one-year-old boy who had been stuck in a large Pine tree for four nights on his farm near Folsom, Louisiana. Beerus is normally a people-friendly boy, but when he saw me climbing up toward him, he got terrified and walked all the way out to the end of an extremely long limb where I had no chance to reach him. I did my best to charm him, but he was not impressed, so I turned my back to him and ignored him. I gave him plenty of time to change his mind about me, and he took every bit of that time.
I'm not sure if it was because the wind was tossing him around at the end of that long limb or if he decided it was worth putting me to the test, but he eventually began to approach me cautiously. When he finally came close enough to sniff my out-stretched hand, I began to feel like we were finally making some progress. When he came a little closer and let me touch his head and give him some pets, I began to feel very hopeful. Then he dashed my hopes when he continued to come closer to me, not because he fully trusted me now, but because he wanted to get past me to the other side of the tree. He jumped to another limb on the opposite side of the tree from me, and then jumped to another one to my other side and walked away. From there, he jumped down to a nearby lower limb and walked on it for a while. He jumped back and forth between those two limbs a few times before heading back the way he came. He returned to his original limb, crossed in front of me and walked all the way back out to the end of the limb again. 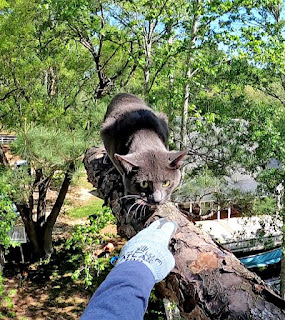 Beerus was testing me, and I knew he would be back. Indeed, very soon, he returned to me again. This time, I placed the open carrier on the limb facing him and blocking his path to the other limbs. Again, I got him to sniff my hand and let me pet him. This time, he was relaxing and trusting me more and we became friends and visited there in the tree for a while. He gradually inched his way toward the carrier where I had placed some food inside for him. I was patient with him as he carefully weighed the risks of going inside, and I reassured him as best I could as he considered it all. He eventually stepped inside, and I closed the door and brought him down.
Beerus was very happy to be back on the ground and at home again, but, while he spent the entire afternoon napping with his feline sibling who had missed him, I still had two more rescues to do. 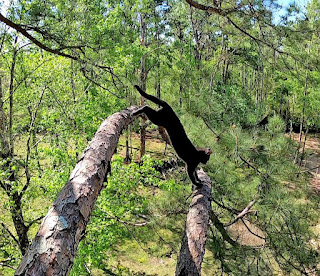 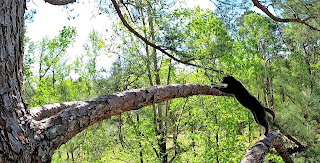 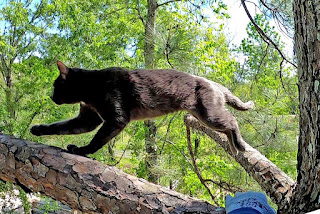 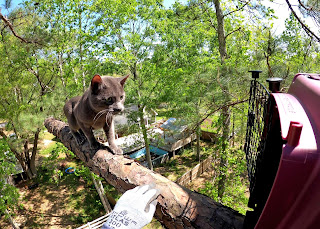 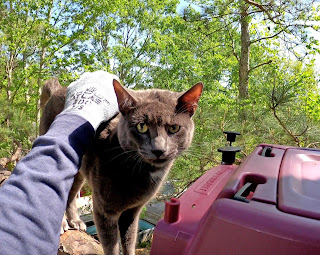