Farzana told me that her cat, Kohi, is a friendly boy -- and, normally, I believe he probably is -- but this was not a normal situation. Kohi, a one-year-old Russian Blue, was stuck about 20 feet high in a pencil of a tree that was about 40 feet tall and had only two significant limbs, both of which were at the top of the tree. As I installed my rope over one of those two limbs, the movement caused the thin tree to sway, and Kohi did not like that. In fact, I found that he got more and more frightened with every little sound and movement I made, so he was in no mood to be friendly to me when I climbed up to him. What's more, he felt trapped. He felt unable to go up or down, and the tiny limbs on which he rested were too small and too short to be of any use for an escape.
I did my best to approach him calmly and peacefully, but Kohi was afraid, and he did not begin to relax a bit until he got the courage to turn around and sniff my hand. Once I petted him a couple times, he felt much better and eventually appeared to be ready to get in my lap. That was what I wanted, so prepared the cat bag over my lap, but then I made a big mistake. This tree was riddled with vines, and I needed to break a few to make a clear path between us. The noise of breaking vines just reactivated Kohi's fears all over again, and, this time, I found I could not reassure him or calm him. He tolerated my petting and back scratches, but he was now growling and telling me to back off. When any cat tells me to back off, I back off. 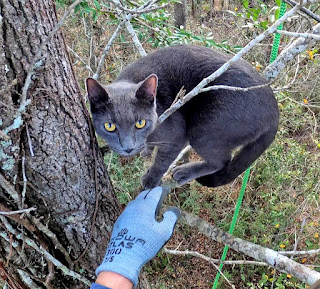 It was clear that getting him in my lap was now off the table, so I thought I would give him a chance to go into the carrier. He hated being stuck where he was on those tiny limbs, so I knew he would find a large, flat surface appealing. I held the carrier in front of him, and, fortunately, he did indeed look longingly inside. He peered with one eye at me with great suspicion one last time, and then slowly he stepped inside. I closed the door and brought him down.
Farzana took Kohi home across the street and released him from the carrier there. He had been stuck in the tree only one night, but it felt like an eternity to both of them, and they both felt great relief now that it was all over. Kohi had climbed a tree across the street just beyond a neighbor's backyard deck at the edge of a wooded area. It often happens, as it did in this case, that a cat gets stuck in a neighbor's tree, and I am always impressed with those neighbors who so graciously allow this strange man into their yard to climb their tree to rescue a cat they don't know, often for a neighbor they don't know. So, "Thank you!" to all you fine property owners who allow me to do this, because, otherwise, it could not be done. 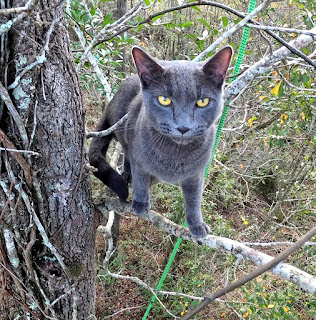 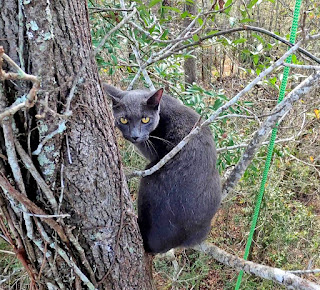 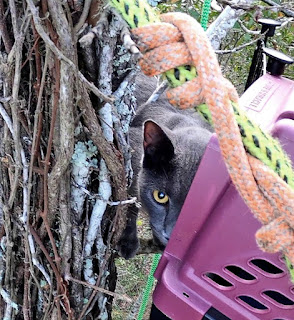 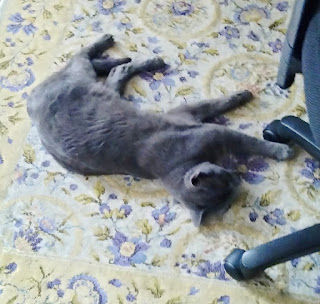